Skip to content
While some folks were doing the club drive-and-ride from Spring Mill State Park to the Ohio River, others of us with various time constraints opted to do a shorter local ride, club favorite Popcorn Ride (PDF), said to be named the 65th best adventure ride by National Geographic Adventure  in April 2000. We’re not sure who nominated the ride, and Indiana has no listed top adventures in the current list.

We had a very congenial group of 20 riders and a beautiful Saturday morning for riding. We mostly followed the club map and cue sheet, with a few exceptions. We took the B-Line trail from Grimes to Tapp rather than Rogers. And as we completed the Popcorn Loop folks opted to stay on Popcorn back to Rockport, rather than take Spencer Pike and Wells Lane, which bends toward Springville and makes for more retracing one route in the homeward direction along Rockport. Maybe we should just give in and change the map to show this. 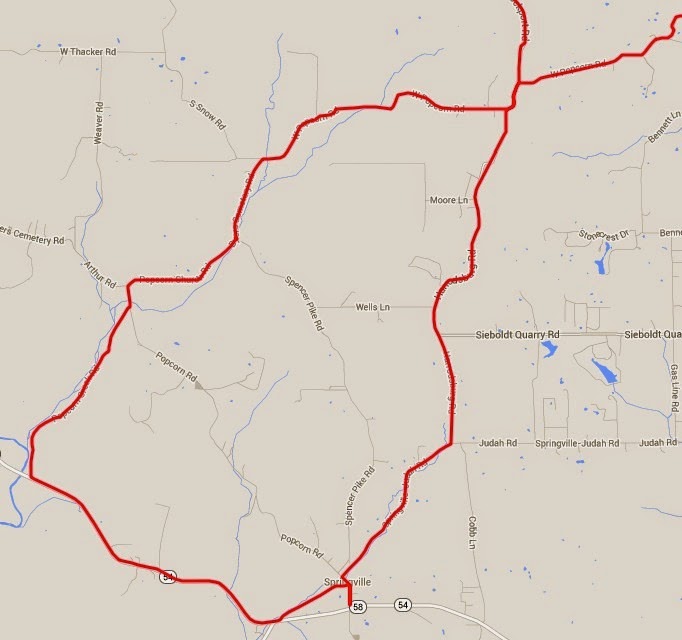 Note that Ron Brown has been updating maps and cue sheets to show some current club preferences. In particular this ride now finishes via Church Lane, Walnut Street Pike, through Cardinal Glen. Also, the map shows the preferred back road way out of Springville to Highway 54, on Bedford Street now that it is nicely paved. This blown-up bit of map shows us backtracking from the Convenience Store to Bedford Street. 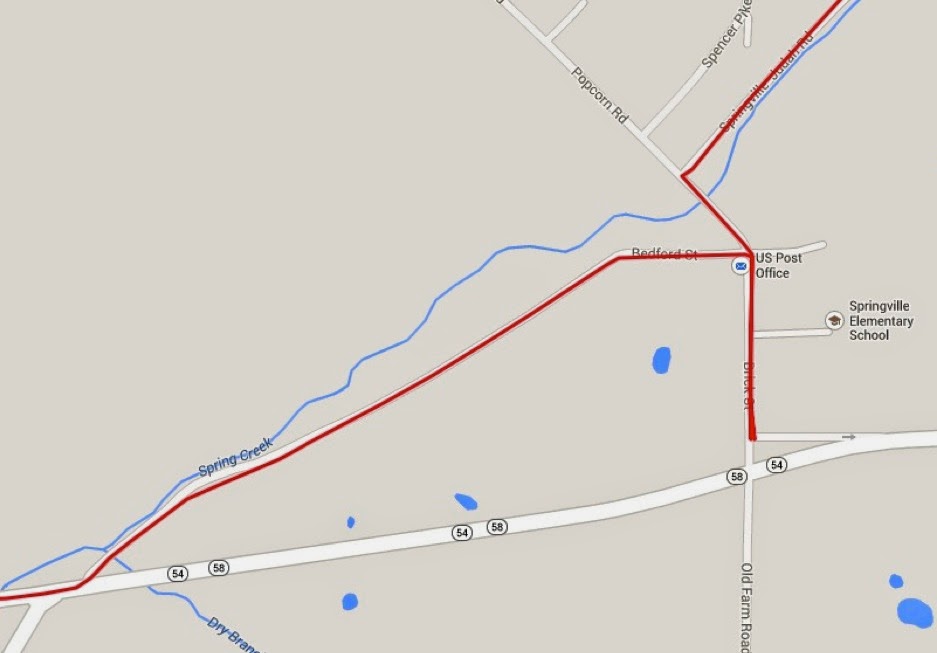 We had a couple of new riders. We lost one rider to a missing cleat screw early (at least he was intending to go short) and another who had a flat coming out of Springville and sent the rest of the group on. A collision involving three bikes on Rogers Road on the way out town was fortunately minor, with no apparent injury or damage.

We had several pleasant stops, including Harrodsburg, Springville, Popcorn Church, and Tramway. There was so much fun conversation it was sometimes hard to get everybody going again. Here’s Klaus’s picture of the group at the Popcorn Church: 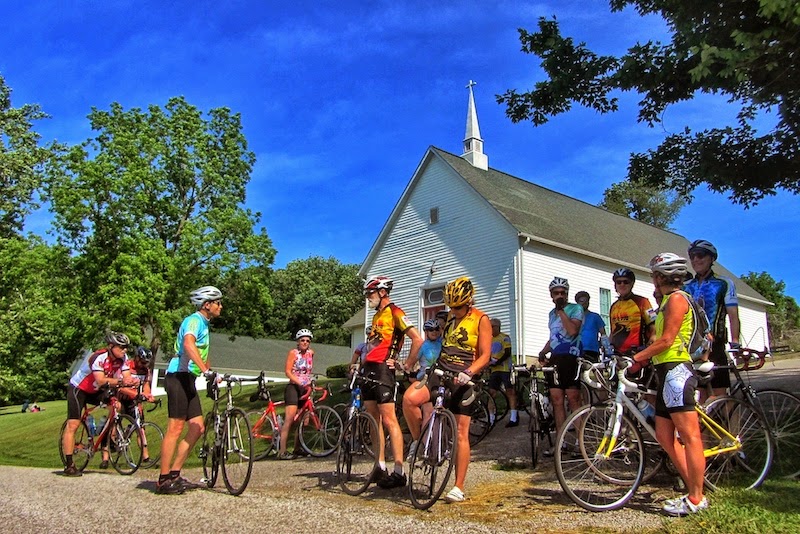 You can tell just by looking that it was a fantastic day. It worked out great that we offered an alternative local ride.