Skip to content
Despite questionable weather we had a great early season ride today. Jen Miers led 18 riders (one going short) on the club ride Low Gap to Martinsville (“The Touchables Ride”).  Although it rained earlier in the morning, by ride time roads were fairly dry, although the air was still pretty damp feeling.

At the beginning Jen announced an alternative to taking the regular route from Tunnel Road to Anderson Road via Shiloh. Shiloh is in poor shape and having large groups going down together seemed like asking for trouble. So John Bassett mapped out a route that took Robinson down to Old 37 to Anderson, where we rejoined the route. 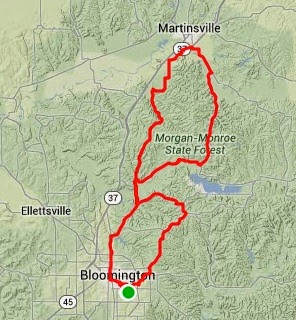 Klaus took a nice shot of the second of two groups as we went by the Touchables Outdoor Sculpture Garden on Low Gap Road. We had gotten about 10 minutes behind after one rider had a flat. 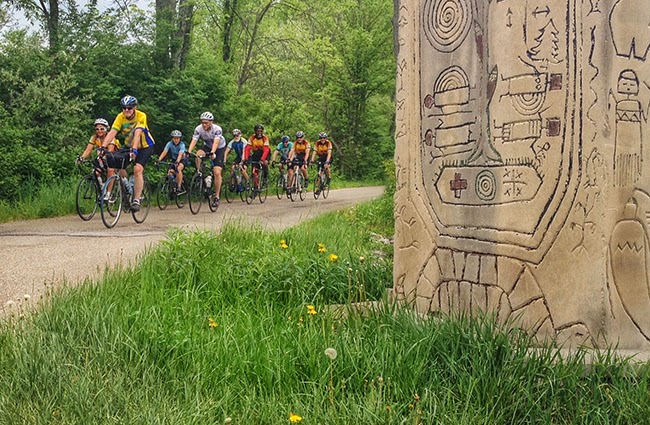 It was nice that the lead group waited in Martinsville for us to catch up. While we were at the Shell station in Martinsville a large training group of DeCycles riders went by without stopping. Perhaps 40 riders.

One other change to the planned route was proposed by Klaus and Jen agreed: Take Hacker Creek up to the Forest rather than going out on Highway 37. Right at the end Hacker is a killer hill. I only did it once before — on a very hot day — and nearly had to walk. I had sworn never to do it again. It was a tough hill, but not as bad as I remembered it. And it does keep us off the main highway. Here’s Klaus’s pic of us gathering up at the entrance to the forest, very close to where Hacker Creek meets the Forest Road. We all look happy enough. (In case you wondered, Klaus was stretched out on the ground to get this angle.) 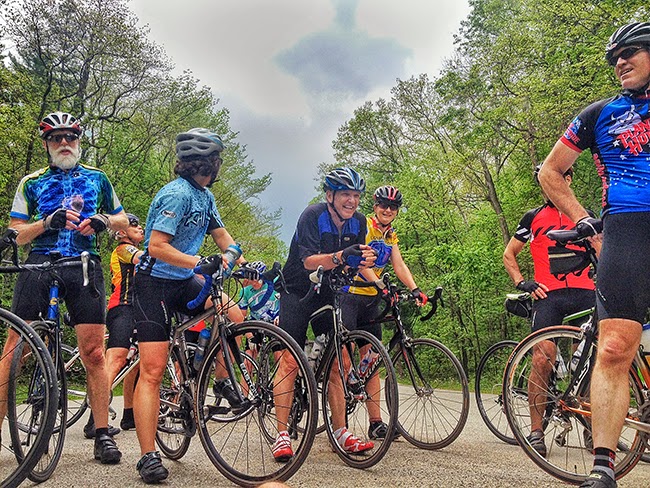 As we left Martinsville the weather ahead looked questionable. But we never got rained on. The afternoon rain went through Bloomington before we ever got there.

Thanks to Jen Miers and John Bassett for their leadership on the ride and to Klaus Rothe for the pics.