Skip to content
For at least the third year the club met for its annual winter off-season meeting and banquet at the Monroe County Convention center. During informal time starting at 6 PM there was conversation, a slide show of 2014 events (prepared by John Bassett), and fresh fruit and vegetable hors d’oeuvres. 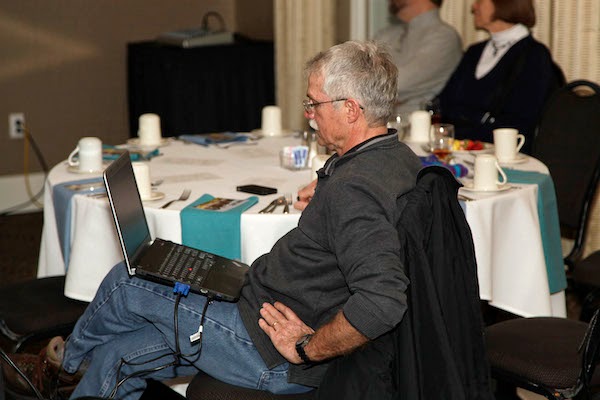 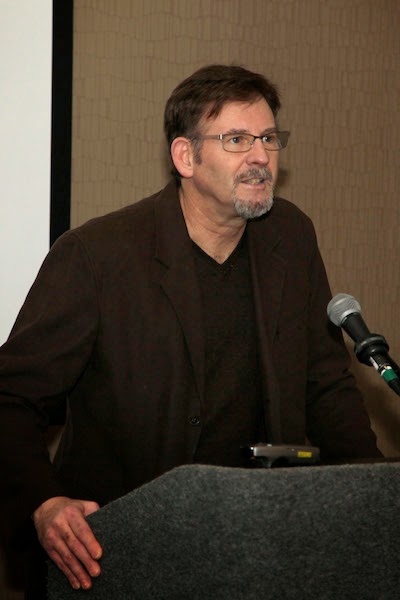 About 6:15 President Jim Schroeder called the business meeting to order. The first order of businesswas the election of officers as proposed by the nominating committee. Three offices needed to be filled. Warren Smith (vice president) and Stan Ellis (at large) were elected continue in the offices they had previously filled. John Kalill was elected treasurer to replace outgoing treasurer Jerry Arveson. All will serve two-year terms. Kathy Cummins (secretary) and Jim Schroeder (president) will be completing their two-year terms in the coming year.

Following the election Jim introduced ongoing committee chairs, including John Bassett (ride director), Andrew Dingman (education), Ron Brown (advocacy), Tammy Berger (membership), Brett Nelson (grants), and Yusuf Nur (marketing). Then he presented the recipients of BBC grants for this cycle: Bloomington Catholic Workers Charity, Bloomington Bike Project, Bloomington Parks and Rec, Boys and Girls Club, DeCycles, Hoosier Mountain Biking Association (HMBA), and IU Bloomington Health Live Well Campaign. Amounts ranged from $600 to $5000, averaging about $2000. We had a smaller pool of applicants this year and a couple of the awards went beyond the usual maximum of $1500 because of solid proposals and the availability of funds since fewer than usual grants were awarded. 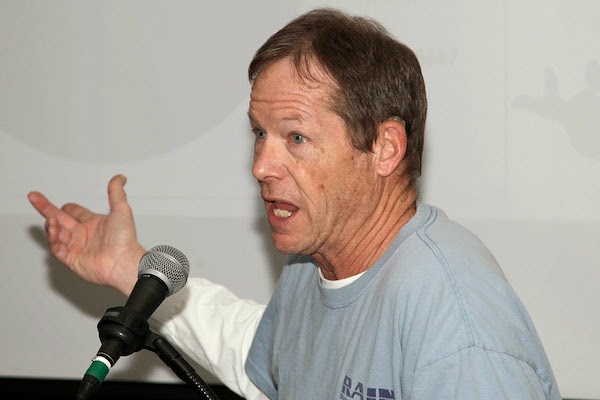 Finally outgoing treasurer Jerry Arveson presented his annual report. Finance are solid, with RAIN providing by far our largest source of income and expenses. Ridership and income from RAIN were a little off in 2014 but expenses were controlled, leaving us still with a good net. We have maintained a healthy savings account and a CD over the last three years, with the expectation of possibly awarding a major grant that would have substantial impact on local bicycling infrastructure.

Following the business meeting we shared a very nice catered buffet dinner that included salad, green beans, mixed vegetables, eggplant parmesan or chicken cacciatore as entrée, rolls, and dessert of baked apple (a favorite) or pie. A big thanks to Tammy Berger who handle all arrangements! 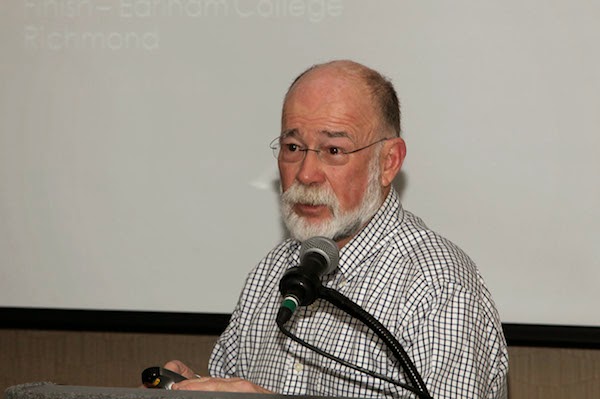 After dinner we had a report from RAIN chair John Connell about plans and volunteer opportunities for this year’s event. Key people on the committee include Jennifer Miers (assistant chair), Keith Bobay (registration), John Bassett (Route and Start), Mark Villanova (Rest Stops), Ron Brown and John Connell (Finish Line), Tammy Berger (Merchandise), Yusuf Nur (Marketing), and Klaus Rothe (Web Design). Lots of volunteers are needed; travel expenses are reimbursed. Important needs include help with marking the route and site coordinators for rest stops in Plainfield and Franklin. There will be places for lots of folks stuffing packets, helping with registration and merchandise sales, traffic control at the start, and helping with several rest stops, as well as the finish line.

Then we had a presentation from Paul Arlinghaus, president of HMBA, discussed the history of the organization and gave an overview of past, current, and future trail development activities in Brown County State Park, Yellowood State Forest, and National Forest lands.

Finally Geoffrey McKim, BBC member and member of the Monroe County Council presented a report on “The Bicycling State of Monroe County”.  He gave an overview of bicycling and multiuse trails and marked bike lanes in the county, existing, coming soon, and being planned.

Thanks to Mike Finger for the photos.