Skip to content
Recently Jim Schroeder was moved to reminisce a bit about biking trips to the Asheville area, where in 2004 he first encountered “The Hill of Some Concern”  [THOSC].

On one of our spring training trips, my friend Paul said he had his brother-in-law’s getaway place to stay in North Carolina southeast of Asheville for three days.  Well, we arrived in Asheville and ate at a Denny’s buffet (not recommended) and then travelled to “the place”.  It was quite dark by this time, and in the Subaru we were going every direction: E, N, W, S and especially down.  I was ready to see fire and all, as I was sure we had travelled to hell!

We all bedded down, and didn’t think till morning that we had to climb THOSC to get to breakfast.  Not just once but a total of three mornings in a row! 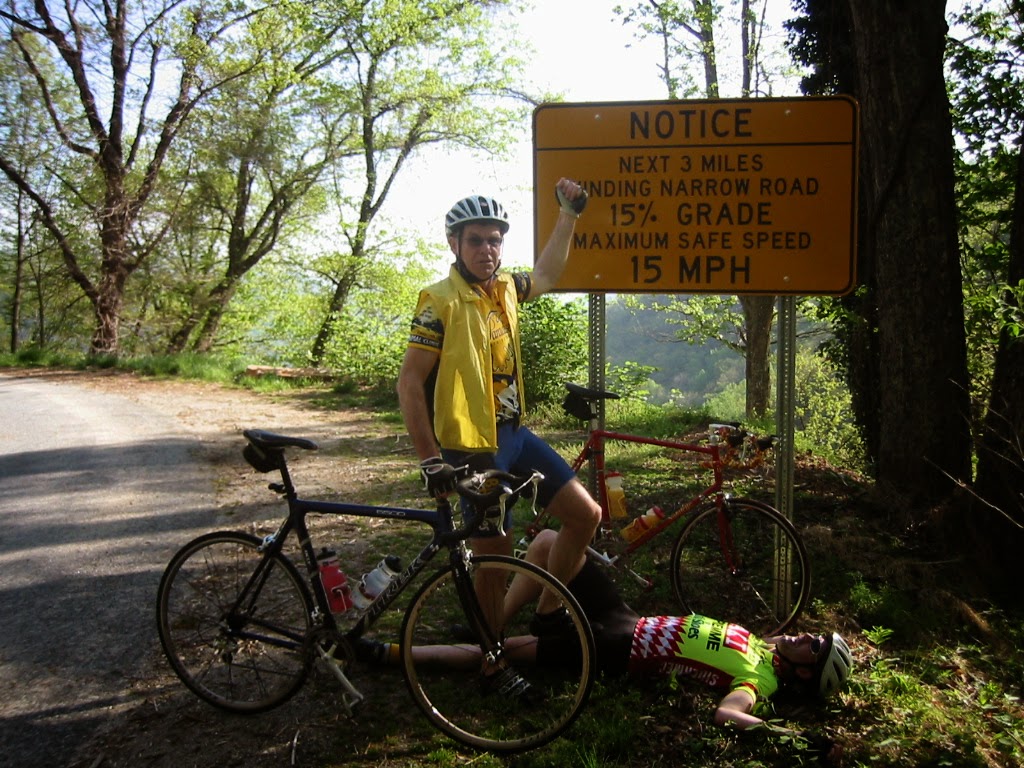 At the top of THOSC 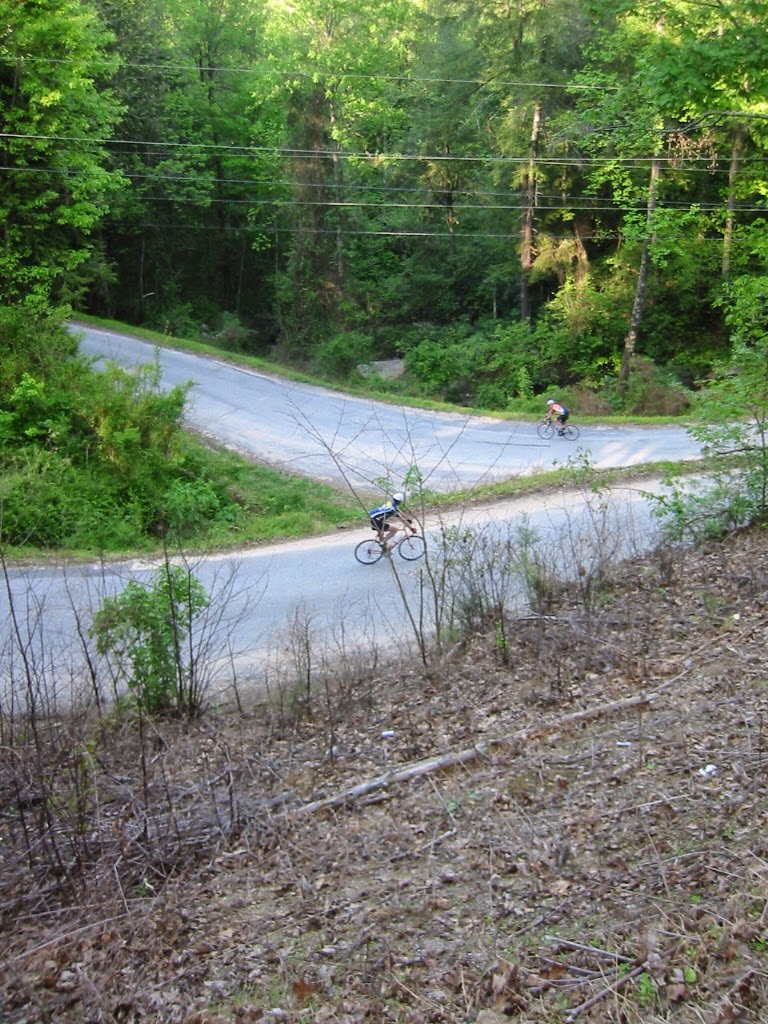 I’ve taken a contingent of BBC members down there on three different occasions in May.  I was thinking of doing it again this year at the first May weekend, but Bloomington racers are having crits on Saturday and road race on Sunday, and they’re asking BBC to volunteer and co-sponsor the weekend.  Maybe next year.  On Saturday we would ride a 90 mile loop that rides to Marion and then follow the Assault on Mt Mitchell route up to Mt Mitchell and then Craggy Gardens back to Asheville suburbs.  On Sunday we would ride a 60 mile loop from Chimney Rock to THOSC and Saluda.  That is a beautiful ride, too. 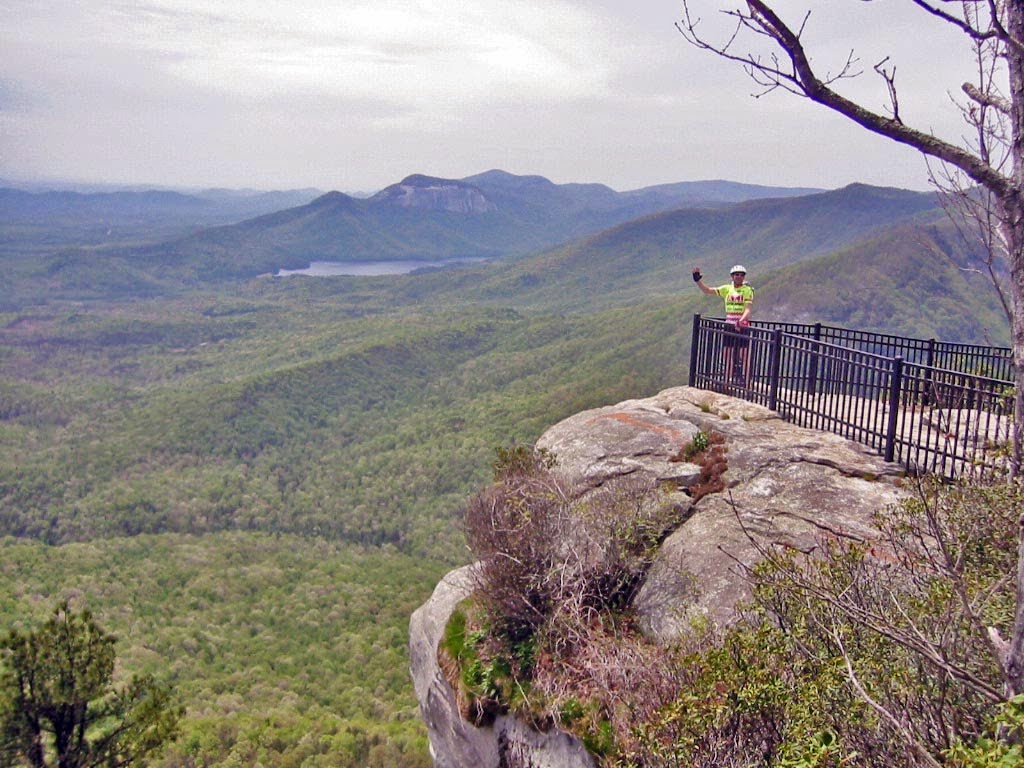